Haven't you noticed? When someone is on to the Deep State, that their lives are torn apart and their reputations are sullied?

All you have to do is sit back and watch the carnage.

The saddest behavior of all is the Patriot and Truther communities attacking innocent people in the name of truth, justice, and... way too much paranoia.

Instead of waiting for more information, people who claim to want to know are all too happy to spread rumors and downright lies about people for the scoop of a lifetime.

Let's use some examples, shall we? 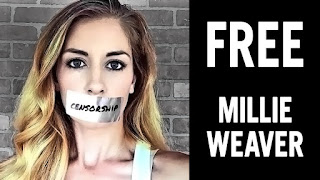 With the Shadow Gate release we saw Millie Weaver's life turned upside down for nothing. To make matters worse, the Patriot and Truther communities had members flinging accusations that turned out to be unfounded: she's doing it for publicity! she's a criminal! see what happens when you align yourself with Alex Jones?

Alex Jones, you do realize when the chips were down and you had been banned that Ms. Weaver backed you all the way. You knew months ago that there was an issue with unlawful entry into her offices and photos of her materials were being taken. When you are working on a project, that information is your work cited/bibliography and covered under copyright law.

Just like this article is covered under copyright law, if I publish it or not. If someone were to come into my work area and taken images of my words, art, and outlines, that person is now breaking federal law, even if that person was in my home lawfully. My intellectual property is still protected. The only way anyone can use my images or writings is if I give them written or verbal permission. Obviously, Ms. Weaver did not give said person that permission.

You should have backed her, and the law instead of making this situation about you.

Another example tied to this situation is Roger Stone. I have read and heard how Shadow Gate and Patrick Bergy accused Roger Stone of being the linchpin of the Deep State. I watched the documentary and Mr. Bergy's interview on the Alex Jone's show. I have yet to see where those connections have been made. There is a lot of hearsay evidence on the periphery but nothing in an affidavit or historical fact to make this assertion plausible.

Just because you say something does not make that statement factual evidence; it makes it your word against someone else's word and maybe a case of creating a rumor.

Patriots and Truthers must be cognizant of the difference.

Let's clarify: I can stand on my soapbox and say all sorts of colorful remarks. Does those remarks mean that the statements are beyond reproach? We must use our common sense in these instances.

The last illustration of Patriot and Truther researchers going for Deep State psyop prizes against one of their own is the interesting life of one Tore of Tore Says fame. This podcaster was removed from Red State Talk Radio just as Shadow Gate made a splash in the world of current events.

Interesting timing of all of this, isn't it?

So I went on a dig. I am an investigative journalist. If I want to, I can find anything with the click of my mouse... on about everyone.

Some in the Patriot/Truther community believe that they are allowed to dig and investigate and expose without using any common sense at all. This truther brigade has destroyed someone's life. The community needs to take responsibility for doing harm, especially with the absence of critical thinking skills.

I found information on Tore. I found that her life has been more interesting than most people's lives. That is okay. At least, she is honest about her life's ups and downs.

I found her civil court case. This case is an example known as "lawfare." It is when political opponents use the media to disparage someone's reputation because they really do not have the evidence to make a criminal complaint. So the circular cycle of legal briefs and media corroborating each other becomes the modus operandi.

Look how Shadow Gate exposes this perpetuation with President Trump.

When prosecutors use a civil lawsuit to invade someone's life, most people of any intellectual prowess realize that these government officials are misusing their office and their discretionary powers. (See Letitia James and the NRA.)

On the off chance that a criminal complaint is used as lawfare, then this behavior is one that should get the person removed from their office. Patriots and Truthers should see to that instead of looking for tasty bits for their blogs and podcasts. We should be calling out injustices, not profiting off them or we are no better than the ruling elite.

Now there is the marriage and children aspect. That area should be hands off. Should I go into your private life and expose every mistake you have made? Should I use your children to condemn you? Or, how about the people you once trusted that stabbed you in the back? Should I use them as evidence against your better judgement?

When does the crap end?

You want a better life, better country, better world, but you act like bottom feeders.

But Tore has stolen valor!

Where? That website that anyone can create a phony sockpuppet? That site?

If anyone did any amount of investigation into Tore's past, which is out there, and weighed that information with what she divulges on her shows, you can see that there are two different personas. There is no stolen valor. There is misinformation posted so if someone wanted to "debunk" Tore, that data set is available for those individuals who cannot think for themselves.

The Patriot and Truther communities are going to have to live up to their own bullshit.

The simplest answer is usually the correct one. Use Occam's razor when you do your research.

Does this information over here match up to the data over there?

When people go on their rants and binges of information, we must be mindful of what is in the blogosphere. Can you prove what is there? 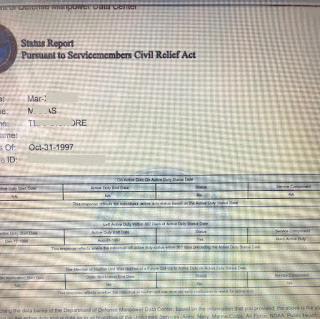 Someone posted this source to debunk Tore, which has not debunked one word that she has said. Did you know that by getting this document without being a financial institution that you have committed a federal crime?

So why would I believe anyone's research who has knowingly committed a crime for vengeance?

Patriots and Truthers need to learn how to assess information. Be an analyst. Discern what is real information and what information has been put out onto the web that is utter garbage.

Anyone can take your name and photos you put up on social media and destroy you inside of an hour. You would lose your job, family, and kids. That someone could probably break up your marriage of twenty years.

I suggest all Patriots and Truthers protect yourselves: make sure your brand, name, family, and history are safe from the uncouth and immature motivations of unscrupulous individuals who believe they know best.

What these people will end up receiving is a lawsuit for libel, slander, and defamation.

So avoid rumors at all costs.

You wouldn't want what you have been doing to Millie Weaver, Tore Says, Roger Stone, Patrick Bergy, or even Alex Jones, happening to you.

Source: And, no, I am not publishing the primary sources. This article was an exercise in shaming the shamers, not harming their targets.

Posted by Villa de Paz Gazette at 3:52 AM