Ask Not What Your Country Can Do for You...

9/11 is a somber day held with many ceremonies and remembrances, as it should be, but never forget that this day is also a day of action.

9/11 was committed by Globalists and it is time to take our countries back. Their fake news outlets can call us racists, whatever-o-phobes, murderers, and white supremacists. Their fake news can create more mass shootings by glorifying vigilantes and promoting terrorist organizations like ANTIFA. Their technology monopolies can spy on us. Their community standards can try to silence us ... but just remember, the judgment of treason is settled by hanging. 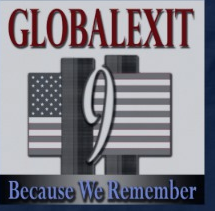 The only question is: where are the American Patriots to sit on these juries? Prosecute these criminals? Judge their trials? And, of course... fit Globalist traitors with a rope?

Today's politics are not about religion and never have been. If religion is your goal, then please stay out of politics. If setting America back on its path as the greatest nation on Earth through economics and opportunity, then join in on the fray. American Patriots are needed to fill seats on school boards, city councils, mayor's offices, Justices of the Peace, state legislatures, Congress, and all those unelected boards that make decisions about land, transportation, and taxation for the United Nations.

Even designers, bloggers, and podcasters are needed to transmit factual and researched information.

American Patriots need to file lawsuits against Big Tech, Big Pharma, and Too Big To Fail. Corporations need to know that they serve us, and not rule us.

Take 9/11 as a rallying cry that is calling up American Patriots for duty.

If you do not like how entrenched Globalists and their followers are running this country, then step up, get elected, or submit your resume to the White House for consideration.

In a world destroyed by projects and programs to enslave humanity on a basic level through a New American Century, it is time to reverse what has happened and enact our own version of Silent Weapons for Quiet Wars... by no longer being compliant.

9/11 is the American Patriots' call to action and you have been drafted.

What position will you take?

Posted by Villa de Paz Gazette at 6:16 AM