The Capitol "riot" seems to be the talking point of the year against President Trump. Yes, you read that correctly: President Trump. He is the rightful President of the United States of America. Joe Biden is just Joe Biden, but if you want to get fancy, his title is: dear leader, communist dictator joe biden.

No capitalization. If you disrespect the country, then you do not get the honor of capitalization. That is what Joe Biden [private citizen designation] and the progressive Globalists of both political parties have done: disrespected America.

Joe Biden is not President of the United States, he is a communist dictator. According to Susan Lindauer, a former CIA asset and author of Extreme Prejudice, the Biden Administration has the classic signs of a dictatorship: 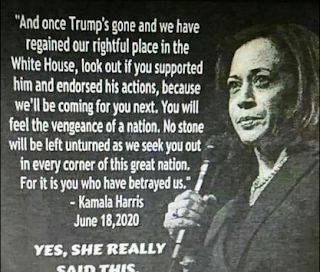 It is not like dementia Joe wanted to be President. He tells people not to vote for him, or to vote for someone else on multiple occasions on the 2020 campaign trail:

If you doubt the months on end not campaigning, telling Americans not to vote for him, maybe Joe Biden's admission about his voter fraud organization will change your mind:

But Joe Biden has a history of gaffes, this statement means nothing.

Are you so sure?

Time magazine published: The Secret History of the Shadow Campaign That Saved the 2020 Election, which is an admission of progressive NeoCons and NeoLiberals who committed voter/election fraud, state rule/policy/law manipulation and changes in order to sway election results, and conspired to direct the 2020 Presidential Election in the favor of their candidate, Joe Biden.

"There was a conspiracy unfolding behind the scenes, one that both curtailed the protests and coordinated the resistance from CEOs. Both surprises were the result of an informal alliance between left-wing activists and business titans. The pact was formalized in a terse, little-noticed joint statement of the U.S. Chamber of Commerce and AFL-CIO published on Election Day. Both sides would come to see it as a sort of implicit bargain–inspired by the summer’s massive, sometimes destructive racial-justice protests–in which the forces of labor came together with the forces of capital to keep the peace and oppose Trump’s assault on democracy."

Except to Marxists, "democracy" means socialism/communism. As well as the article fails to mention that point and the fact that labor unions helped bring Hitler to power. This article outlines several disturbing facts of conspiracy to overthrow a duly elected President of the United States of America, installing a puppet dictator, RICO, and treason.

Following orders did not save the Nazi soldiers at Nuremberg, why do progressive NeoCons and NeoLiberals believe that defense will work for them?

See the progressive establishment does not believe in freedom, rights, or due process of law. Hell, they do not believe that your vote should count the way you cast it. Obama stated it all during a campaign stop at an elite event and it was transcribed for the VDPG article: Leaked Video Shows How Barack Obama was NEVER My President:

“And for the international order that we have worked for generations to build, ordinary men and women are too small minded to govern their own affairs. Order and progress can only come when individuals surrender their rights to an all powerful sovereign.”

Watch the short film: Socialism is Slavery, for more details on how the progressive Globalist vision for the world actually works:

In their own words, the progressive way is to deny you everything that makes you you. Your thoughts and expression have been taken by the Social Media/Tech Giants of Silicon Valley as well as the fake news Corporate Media talking heads. Your mobility and due process has been taken away by the Communist Chinese Party's COVID-19 virus and house arresting you for months without any financial support. Your private property has been confiscated by state governors and you have not been compensated as deemed by the 5th Amendment. Now, your voice at the ballot box has been taken away by people who meddled in our elections because they feared the choice you would make.

Fear. That pretty much sums up the progressive mindset. These people FEAR the world, reality so much so that they had to commit treason to keep you from voting in what and who they fear.

Their fear of President Donald J. Trump is beyond reason. Anyone can see this fact. Their collective fear made them organize into a fascist faction across political, judicial, media, and technological lines.

Fear. Progressives are consumed by it and therefore the only way they communicate with the outside world: normal people, is by using fear. Their mechanism for instilling fear in every facet of American life is called the ShadowNet: 91st Cyber Brigade completes rollout of ShadowNet.

If you do not know about this cyber/info psychological warfare weapon, then let's ask one of the creators, Patrick Bergy, to explain what the ShadowNet is. He explains in two documentaries called ShadowGate, but the second installment is what we will be discussing today: ShadowGate 2.0.

ShadowNet technology is to use (Carl Jung) Jungian psychology of a person's shadow self: fear, hate, loneliness, and inadequacy against them in order to control, motivate, and puppeteer their actions, behavior, and reactions.

Now do you understand the nature of fear and how this weapon has been used against you in the media? by politicians? by social media companies? on the internet and platforms?

Remember all the BLM riots? The ShadowNet in play to invoke a communist color revolution uprising.

Progressive politicians were in on the attack. They either ignored the problems or incited violence and mayhem since May, which has killed over 30 people. But when their actual words are quoted back to them, social media blocks the factual information or "fact checks" to sow the seeds of deceit, but this meme is true: 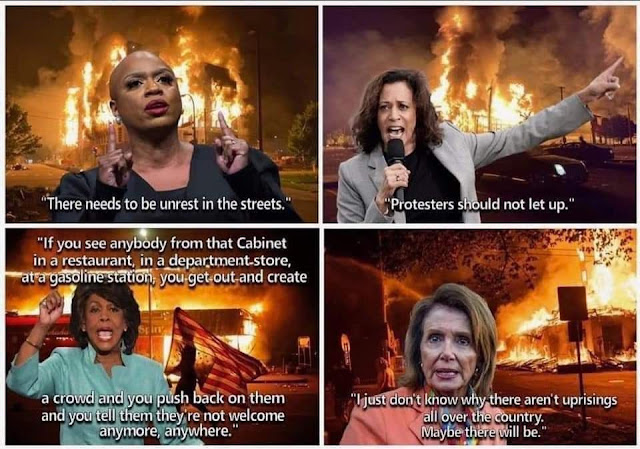 Even more incendiary progressive quotes are on video:

Yet, President Donald Trump is on trial for a second faux impeachment in order to condemn him forever. Progressives fear his America First policies. Progressives fear the drying up of their gravy train of taxpayer funded no-bid contracts and pork projects. Progressive NeoCons and NeoLiberals fear the end of their Globalist dreams of a One World Government that marries corporate control mechanisms with communist/dictatorial regimes like China, Iran, Venezuela, Cuba, and their violent extremists.

Like BLM and ANTIFA. Both these organizations are controlled by the progressive Globalist "cabal" that hijacked our elections and installed Joe Biden.

The Capitol "riot" is more like Hitler's Reichstag Fire than an actual national insurrection. You would know that if you have done your homework. John Sullivan, a BLM/ANTIFA leader helped plan and execute the Capitol riot. He is under investigation and indictment for an incident in Utah, which he filmed someone dying, and for the D.C. situation, in which again he filmed someone dying. Both times the FBI has released him onto an unsuspecting public.
Watch from 12:40 to 22:00... you'll know everything the mainstream media assets refuse to tell you in order for you to believe their unbelievable stories... Tory Says Facebook Page.

(pictured, Sullivan dressed up as a Trump supporter to go to the Capitol on January 6, 2021.)

His brother, James Sullivan, turned over all John's chat logs showing how John was the instigator of the Capitol riot, but no one is reporting these facts in mainstream media because the corporate press has been captured by the progressive Globalist ShadowNet deployment.

Therefore Trump and his supporters under this psychological military operation must be demoralized, corralled, and manipulated to become mindless zombies like their progressive Democrat counterparts. Because under a communist regime: you will do what you are told.

In this thesis, there is enough evidentiary support to show that progressives in both political parties are waging war against the American people through the media, technology platforms, political leaders, and psychological warfare.

The only question left is: will you continue to put up with this mental abuse?

President Trump is the duly elected leader of the free world. Joe Biden and Kamala Harris were never elected into their positions; they were installed by a conspiracy, RICO violations, and treason. To hide their crimes, President Trump is being tried for a second time on false charges.

So what are you going to do, America? Legally and lawfully to get your country back on track? Isn't it time we stood up to the noise makers and demand the truth be uncovered?

Or is it time Americans took the reigns and steered their own destiny away from the fear mob mentality of the progressive right and left... and drive past the insane asylum and straight back to our Constitutional Republic? 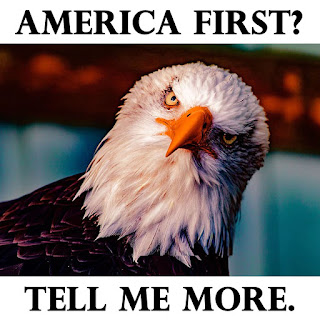 Posted by Villa de Paz Gazette at 5:26 AM