The Progressive Way: No Police, No Walls... No Common Sense at All

Interesting chants coming from the whorer left. Oopsy, that should say: horror left. The progressives and socialists have taken over the Democrat party and left moderates without a place in politics. No one represents the common sense essence of our side. So we are left literally with the low brow, disrespectful nut jobs of society running things. 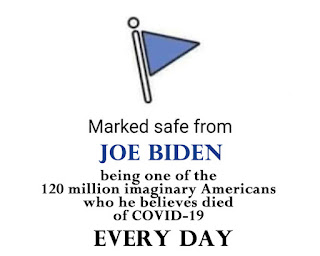 But polls say Biden is leading President Trump. How? Joe Biden cannot think his way out of a wet paper bag let alone take on Donald Trump in a debate. You know that and I know that.

At this point parading Joe Biden around at town halls and question/answer sessions looks more and more like Elder Abuse than running a Presidential campaign.

When polls come out siding with Biden, the whole Hillary Clinton is going to win by a 90% margin comes to mind. So no one should be trusting one [Presidential] poll at this point. The pollsters work for the same slime that the Bushes, Clintons, and the Obamas are mixed up in.

There is no change that moderate Democrats are looking for in such a corrupt party. Many questions abound like the death of Seth Rich and the treasonous actions of the Department of Justice and FBI under the Obama administration, which seems to be continuing despite the fact that Obama cannot be in charge of any U.S. government office or agency according to the Constitution.

So to deflect from a second, albeit shadow, government running in competition with the elected and official government of the United States, the American people are witnessing treason at all levels within our government, media, and world stage.

NY Times article that came out recently to frame the President for an investigation he knew nothing of is one: Russia Secretly Offered Afghan Militants Bounties to Kill U.S. Troops, Intelligence Says. Journalists who understand the Intel community's evidence gathering apparatus know that this story is bogus on its face, but these progressive outlets use the story to propagandize Americans anyway.  What frauds the mainstream media people are.

Then there is the outlandish trial of Roger Stone. The Progressives in the Democrat Party framed him and are trying everything in their power to see him placed in a federal prison before his appeals, which will exonerate him, are heard: Roger Stone must report to prison July 14 after 2-week delay granted.

Let's not forget what General Michael Flynn just endured the last few years as the FBI set him and his family up:  General Mike Flynn Breaks His Silence After Government Releases Brady Documents Showing He Committed No Crimes.

Democrats who are not extremists are wondering what is going on with their political party?

It is the same disease that is happening on the other side of the isle: Globalism. Globalism was set up by a wealthy elite class to be the politburo of all things above their One World Government scheme that places maniacal and communist factions like China and Iran in charge of the world through the United Nations. 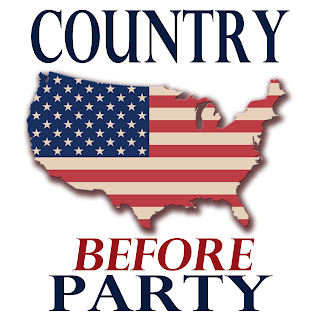 When Democrats see how their party has sold out their American dream for Karl Marx's dystopia, Democrats are exiting the party at an alarming rate. Trumpocrats as Blagojevich calls himself after the Obama's wing of the Democrat party framed him Chicago style to be the scapegoat for everything they have done and left him to rot in a federal penitentiary. See also, BlEXIT, LaExit, CaExit, and more Democrat factions exiting the party through the Walk Away movement for sanity.

And these progressives and "democratic" socialists have lied to people about who and what they really represent, which is communism. The extreme left of our political system is now fully in charge of one of our political parties. If it wasn't for the election of Donald Trump, the Republicans would be in as bad of position, but Donald Trump saved the GOP from oblivion. Now, American conservatives wise to the takeover and takedown orchestrated by the Globalist politburo are stepping up to correct this injustice.

But will it be enough?

Americans cannot count on the Democratic Party to be Pro-American, any more than Americans can count on RINOs.

All that is heard from the regressive Progressives is No Border, No Wall, No USA at all. That is not going to win you a major election. Then there is the idiotic Defund the Police movement: 64% of Americans oppose 'defund the police' movement, key goals: POLL. So there little to no support for this extremist view.

The hypocrisy of defunding the police is that these same factions call police to safeguard their rioting and looting activities. These idiots are not against the police; they are against being punished by the justice system for their criminal activities. So they want to restructure the police department so that social workers will give them a pass even if these criminal snowflakes kill someone.

So the Democratic Party has become the Communist Party: No Police, No Walls... No Common Sense at All. Only indoctrinated children would vote for that mess.

And, there are plenty of these mindless drones rioting in our streets, taking down our history, and demanding more Marxist revisions, when these individuals should be in prison for life. Insurrection and sedition are federal crimes, plus the deaths and destruction of the last several weeks.

What Americans need to do is reject the progressive ideology of defund, dismantle, and degrade our nation into a Marxist hell-hole. These children have been seduced by their own inadequacies and failures into a system that will betray their juvenile idealism. Yet these acolytes keep praising Karl Marx, a man who destroyed lives and never made them better except for the wealthy elites.

“The proletarians have nothing to lose except their chains. They have a world to win. Workers from all countries, unite!” This concludes in the Communist Manifesto.

So the first place communists attack is the unhappiness of women in a male dominated society when the equality they seek these women already have, but they are told there is no equality, no freedom so a new future is forged:

The first battlefield is to rewrite history.

Anyone who know anything of history knows that great social changes are impossible without feminine upheaval.

Social progress can be measured exactly by the social position of the fair sex, the ugly ones included. 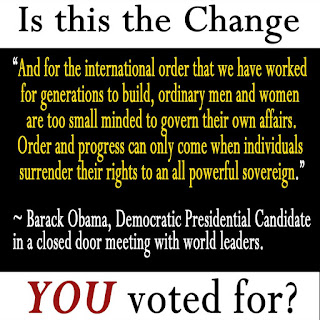 Women are told that their views are unacceptable unless they use their collective strength to destroy their history, culture, and society. This destruction goes against the feminine energy as women create life, art, and music. Women are that history. Women are taught to hate and loathe themselves in order to change what does not need to be changed.

A system can be changed for the better, but that change takes time and patience. Destruction takes no ability or education, only ignorance. And ignorance is bliss to the underlings of communist indoctrination.

Some of the most ignorant people in the world are in the progressive wing of politics. These people vote but have no respect for anyone or anything. They just repeat chants like brainwashed drones, but that is what Marxism produces: unbalanced nimrods.

Progressives are the walking dead.

Because "progress and order can only come when individuals surrender their rights to an all powerful sovereign."

So much for that vaunted freedom and equality progressives are looking for.

Marxism is a fraud. The people will not be free under the communist politburo. Their "progress" is just to progress the One World Government agenda to enslave humanity under an unelected, unaccountable form of a fascist government.

Congratulations, progressives... you've been used to destroy the world for the profits of the wealthy corporate class of authoritarians you said you were fighting against.

The solution is our Constitutional Republic where the individual is the ultimate minority with rights, responsibilities, and the freedom to forge their own futures without asking for permission.

He betrayed the world.