The World Needs to End its Reliance on the Destructive Forces of Globalism, Communism, UN, WHO, CDC, and Bill Gates


Mass immigration, open borders, disease outbreaks, and economic surrender, these are some of the enumerated negative impacts of Globalism. 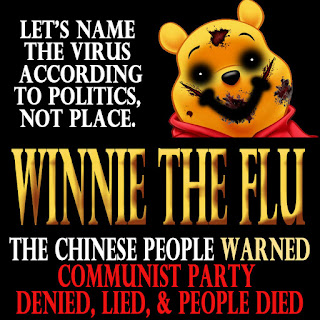 In recent events, the world has seen the birth of COVID-19. Instead of dealing with the problem at hand, mainstream media beleaguered the racism card of social justice. Well there is a solution for that. Let's call the Chinese/Wuhan virus by its political affiliation. How does that sound?

America needs to take a leadership stand against the many voices that do not serve our greater purpose. The United Nations and the World Health Organization (WHO) have failed the world on a consistent basis with their social justice when the world needs a dose of reality and common sense.

If it were not for the United Nations, and other progressive/socialist/communist organizations around the world, civilized nations would not have to endure the open borders failures that allow migrants, who offer no positive input into the society, to invade and attack the very culture trying to assist these foreigners. Those migrants need to be removed and sent back to their countries of origin. Until people from other countries can respect their host country's culture and laws, then those people have no business asking for asylum, money, or refugee status. Your religion is no excuse for rape, murder, and drug trafficking.

Open borders is a failure.

Globalism is a failure. "We are the World" only works if people of the world are in charge of their localities, not faceless, nameless, unelected bureaucrats in foreign nations protected by armed guards. Because Globalism is a few standing on the necks of the many, just like communism, but in this instance, that communism is based on corporate power and structures acting like government.

You know it as fascism. 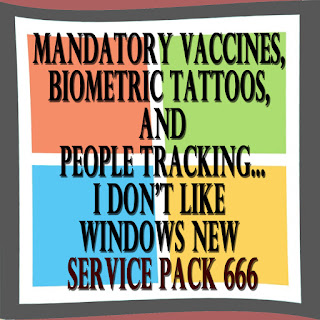 So when someone like Bill Gates, who would like to see carbon down to zero, which is advocating mass murder across the world, comes bearing gifts of corporate solutions, the people of the world should refuse his ideas.

Gates and people like him like to make others believe they are smarter and more capable than the rest of humanity, but in all their years have not once solved any issue beyond reproach.

No one has ever seen one of their (Globalist) solutions for the benefit of humanity just the profit of their stock portfolios.

Have you ever noticed that? We have the Center for Disease Control (CDC) and the Food and Drug Administration (FDA) that have made natural remedies and nutrition illegal to talk about in order to safeguard the profits of corporations like pharmaceutical, chemical, and vaccine companies.

The heads of industries have a revolving door of employment in United States agencies to protect their profits from actual scrutiny. That has got to end. Americans need to stand up to the White House and these agencies pushing profit over their health and safety.

Which brings us to the COVID-19 outbreak. 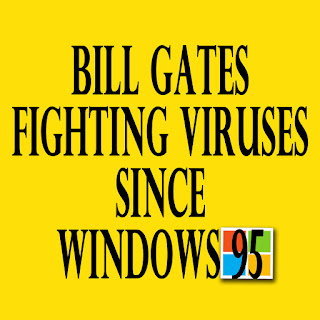 Who do you trust? The Communist Chinese Party (CCP) who have denied and lied about their outbreak to the point of making other countries unprepared for their own medical armageddon? Or, how about the United Nations and WHO, both of whom have covered for the Communist Chinese regime? Maybe you trust Bill Gates? He has never met a virus he didn't like because the solution (or so we are led to believe there is a solution) makes him, you guessed it: profit.

We should be demanding results, not solutions. Because the bad guys keep making the problems for us to react to and giving us solutions that never lead to the resolution of the original problem.

The world needs to demand accountability.

How can Americans step up where these Globalist leaders purposely fail us? We need American solutions to the issues at hand. Time to end globalism and our dependence on foreign nations.

America does not support communist nations except China. China is a world bully and world war initiator. The only way to put China down is to cut off its resources. China must abandon the Panama Canal, American ports, and other National Security threats it has become. China is a threat to other Asian nations, including international waters. China is taking over Africa because the soil there can feed China so Africans will slowly be pushed out from their homeland until their leaders wise up.

The other solution to the problem of Globalism is to pull out of the United Nations entirely. Each nation should go back to negotiating their own bilateral agreements. No more trade organizations. No economic blocks. So nations can regain their rights and freedoms again while safeguarding their economies and people.

Globalism is an attack on the people of the Earth. Every nation has been negatively affected by Globalist tenets.

This pandemic shows that Globalism is unsustainable as a policy. The creators knew it was a top 1% for the top 1% alliance from the get go. Each one of Globalism's proponents should be investigated for criminal activity including treason by every nation, independently.

COVID-19 should land the Communist Chinese leadership in front of the Hague.  Not arguing a bioweapon as a lab experiment that got out willingly or unwillingly, but to argue the the CCP leadership knew of the extent and seriousness of the virus... and told no one. That makes the CCP culpable in using COVID-19 as a bioweapon on the world. To make matters worse for the CCP, these communists covered the problem up for political and economic gain against other countries crushed by the outbreak.

"Crisis" in Chinese is constructed using two different characters: Urgent and Opportunity: no good crisis should go to waste. Americans hear this turn of phrase from progressive politicians. Guess where these interlopers got the idea from?


China owes the world reparations for the damage their leadership purposely caused the world so that the CCP would have no opposition to  absorbing Taiwan, which the UN and WHO ignored during the outbreak in that country, and taking over the South China Sea. 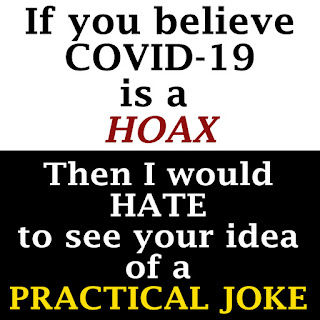 The world has a huge Chinese Communist Party problem. Iran needs to realize their "friends" betrayed them and Russia needs to take a step back. China needs to be shunned politically, economically, and unapologetically.


It's time for the world to stand up to the Globalists and their solutions, which are not solutions at all. So no corporate testing or tracking of COVID-19 in the human population No giving up our rights to monopolies when we have the means to resolve this National Emergency with American ingenuity.

A solution has been sent to the White House on March 30th by our own editor, but will anyone listen because the solution is based in the Tenth Amendment and common sense results based testing versus Bill Gates' idea of power and control selling America out to corporations once again.

Which solution would you choose?