What people are not being informed about is the quadrillions of dollars that are tied up in the derivatives from 2008 that are still tanking our economy. 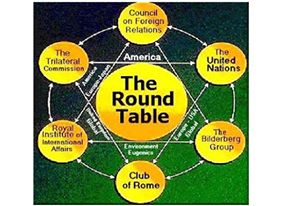 Just think... since 9/11, the top 1% of the 1% have siphoned off $40 Trillion, estimated by investigative journalist Daniel Estulin ten years back (probably $60+ Trillion now) from the USA economy alone. What the bankers and other elites could not erase from their ledgers they created "derivatives," or debt packages that they have repackaged over and over again hoping that the two or three main hedge funds that prop up the Stock Market would remain untouched by the quadrillion debt ponzi scheme, while you, the tax payer, bailed them out.

Want to know why conservatives want to privatize everything including your Social Security? It's not about taxes; it's about profits. Anything not in the Stock Market cannot make a corporate donor money so that donor can donate to a politician's campaign fund or bolster said politician's stock portfolio from advanced notice. Conservative Inc. is not conservative, but is all incorporated.

The way that Wall Street tanks and handles the $200 Quadrillion or so in hidden elite debt with busts, booms, and bubbles, why in the world would a sane person want their Social Security/Disability/Retirement in that gambling den?

Your wages go down. The dollar loses buying power. The world under siege from Globalism, worldwide communism of drastic austerity measures... ever wonder why? It's all to hide the crushing mismanagement of the world's wealth by the supposed smartest of humanity, when these elites are nothing but adrenaline junkies using Wall Street as their preferred method to get high.

Enter COVID-19, which the Editor of the VDPG hypothesizes are two different strains: A, mild and not manufactured that has piggy backed on a deadlier strain; B, deadly and manufactured in a BSL-4 facility. That is why 80% of people get a mild form and 20% get the dangerous form. While people who exit hospital care then retest positive for the virus again. It is also a good reason why two different biological testings has yielded two variant forms.

A great way to trick people into believing only old people die from COVID-19. When this virus is a direct attack against our First Responders. Take down our front lines and you can take over a country's political establishment without firing a shot. And, that Trauma-based Mind Control appears to be working its magic as pundits and politicians cave to conspiracy theories of Martial Law and Globalism instead of the reality of a live War Time scenario.

This fake-out hysteria to counter the real and scientifically verifiable concerns allow for the chance our elite have been waiting for to dump their debt onto the rest of us while crying to lawmakers through their lobbyists that they need a financial bailout... from you, the taxpayer again, no doubt.

You get $1000 and cry socialism. That's YOUR money. How is it socialism?

The real socialism of corporate welfare is the elite of the elite getting a trillion dollars a day for making bad investments, not clearing the derivatives from the books from 2008, and using Wall Street as their own private casino.

Why not? Lawmakers will just bail them out because politicians have their balls... er, portfolios tied to the stock market too.  See how that works?

Still want to privatize everything because you are afraid of the Sheriff of Nottingham wants his taxes? The Sheriff is already in charge... it's called London's corporate money laundry scheme we know as the Central Banks' Federal Reserve system. You have just been too blind to see him wearing an Armani suit because your political party is too busy casting him as the elderly and disabled.

Our banking system is about to go belly up. Say good-bye to the dollar as we know it. Is SDRs/fictional digital currency going to be pushed now? Say, cheese!

No country is going to survive this germ, we mean monetary, warfare. The countries who closed their borders early will be in better shape, but the world is about to go down... hard.

Not because of a biological virus, but the virus of greed.

Get your money while it's hot... stolen, that is.