T'was the Night Before Climate Change 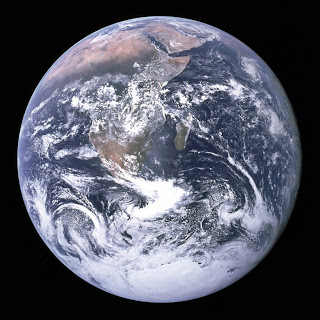 T'was the night before Climate Change and all throughout the globe
not a creature was stirring, no one was in their caps or gowns for bed,
mammals, reptiles, and humans alike did not make a sound:
because the genetically modified mosquitoes killed them all.

As animals and humans lie dead in their tracks,
all the machinery that kept their lives livable
ran undeterred with lots of carbon emissions
and would run forever thanks to their solar panels.

The rise of the machines! Artificial Intelligence
would keep the world running as all the green house
gases spewed into the atmosphere like smog.
No person was there to halt the environmental carnage.

But the Earth lived on. She did not miss a solstice
or equinox. She did not understand why she had
more oxygen than carbon dioxide in the air.
Animals and people were not around to balance the equation.

So the plants began to die. The trees wilted and fell over.
None of the flowers were left to bloom. Without the mammals,
reptiles, and humans, oxygen overwhelmed the planet.
Earth suffocated as the machines began to rust.

No humans were around to keep the machines running.
Soon the utopia of zero carbon emissions took hold.
Earth's nitrogen rich atmosphere changed without the addition
of the small carbon atom that kept the world in sync.

Alone in space with nowhere to turn, Earth became like
Venus and Mars: unmanageable, uninhabitable, and barren.
T'was the night before Climate Change and all through the lands,
Earth hoped the polluters would live as her life force demands.

Maybe we should stop the damage done by Climate Change Advocates and Alarmists before it is too late to save our Mother Earth.

Posted by Villa de Paz Gazette at 3:17 AM