I have a few questions about recent comments and decisions from the Justices and SCOTUS.

To start, Justice Amy Coney Barrett remarked that instead of abortion, adoption was available. This alternative is already obtainable, but not pursued, for many unintended pregnancies. Is the Justice asserting that if the government gives you an option, that then allows the government to outlaw any other choices?

As a Constitutional Republic where the Individual is ultimate minority and conveyor of power, how does SCOTUS feel that religion can be used in any manner to mandate preferences when religion is not a construct of our Constitution or Bill of Rights? Upholding the Separation of Church and State is in the Founding Fathers’ discourse on the subject. 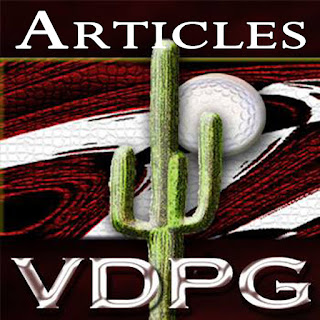 That leads into the next question of my community’s curiosity: vaccine mandates. Today, SCOTUS rejected this current administration from mandating medical procedures onto private businesses, however, upheld the mandate onto anyone receiving federal funds (Medicare, Medicaid facilities). Are the Justices unaware of the International Law prohibiting such coercion? These vaccines are under Emergency Use Authorization, thus deemed experimental, and that means mandates and coercion of any kind is against the Nuremberg Code. Are the Justices uneducated in the history of the Nazi regime’s experiments on the Jewish people?

When Justices Sonia Sotomayor, Elena Kagan, and Stephen Brier spoke in court with many inaccuracies about the current state of the COVID-19 virus, my community became concerned. As we have seen, the Court is ignorant about many factual realities. First, Transgenderism is a mental issue making the patient unaware of their body dysmorphia. To have Title VII of the Civil Rights Act of 1964 protect mental illness patients, such as transgenders, so that employers cannot have any control over their brand or business seems unwise, and out of context of the law. The law does not provide this protection. Sex is the biological sex as defined by the hard sciences, not the sociopsychological definition assigned to “gender” ideology. In any case, how is it that Title VII of the Civil Rights Act of 1964 places an ideology, or even a mental illness, in the category of biological “sex”?

Shouldn’t have SCOTUS then referred the case to Congress in order to change the law defining biological sex to also include gender ideology and mental illness?

Does SCOTUS believe we live in a Constitutional Republic? This question is asked because if our country is based on the rule of law, individual rights, and the freedoms and responsibilities that go with our liberties, then how are the Justices coming up with their decisions?

I would like to offer some information to the Justices about the virus. The vaccines are a push to normalize corporate profits with mandated medical procedures that do not support the construct of living in a Constitutional Republic. Majority rule, or mob rule, is not a weight that can be placed against an individual in any form. Our body political [politic] can ask the populace, but cannot demand anything as the government answers to the People -not corporate boardrooms, the administrative state, organizations, or think tanks. The People have never voted these periphery state actors into office.

As a disabled woman that is immunocompromised, a vaccine made me sick most of my life. Other situations arose that eventually led to my full disability for life. I survived COVID-19, with my supplements. Most notably: 5000 IUs of Vitamin D3.

Government agencies and their corporate partners are demonizing real science and medicine in order to corner the market. As one wise person stated: the human condition does not rely on the pharmaceutical industry for survival, but the pharmaceutical industry relies on humans for its survival. Preventative and therapeutic medicines are being outlawed by a means of heresy, not science. That is your real cause of death: Americans are being denied actual care for the psychological dependence on the Medical Industrial Complex. 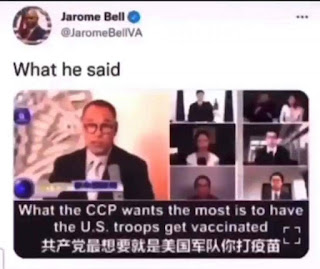 Besides, the fact that these vaccines spread the virus. According to Ed Greca, there is a solution to the vaccine spreading the virus. Here is a taste of what the video states:
Watch the full video here, get an American interpreter to verify the statements: https://htrs-special.s3.us-west-2.amazonaws.com/CCP-Virus-Vax-Video-Conference.mp4.

Are you caught up now? Because I can impart more factual information to the Court, along with many more questions as to why SCOTUS is bowing to internal and external pressures that do not coincide with the tenets of our Constitutional Republic.

Wisdom is knowing that the legislative, judicial, and executive branches cannot stop people from making a mistake; it is our individual right to do so.

*****
Special Thanks to Jarome Bell, GOP Candidate for Virginia's 2nd District for the House of Representatives, for the video.