With elections for the City of Phoenix slated for tomorrow, Tuesday, August 25th, a curious situation happened: the rain was postponed. As weather forecasters predicted rain Monday night but mostly into early Tuesday morning and afternoon, all of a sudden, that prediction was put on hold.

Where did the rain go? 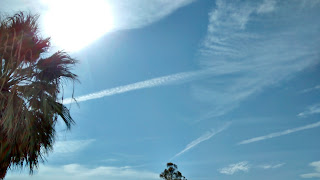 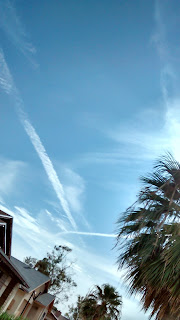 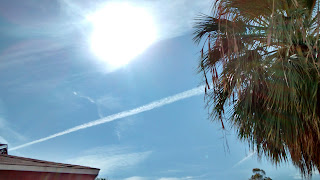 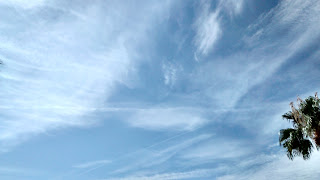 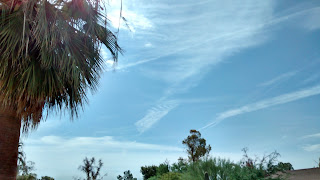 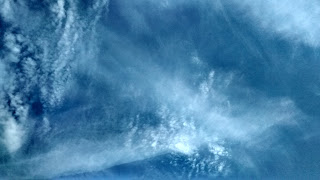 After days of blue skies, the lines returned. Coincidence?

And who is paying for these expensive toxic weather modification days? The City of Phoenix, which is already in financial debt? The State of Arizona, ditto? Or the Joint Chiefs of Staff, who have plenty of budgeted funds thanks to policy papers like PNAC, or it's new name the Foreign Policy Initiative?

Tomorrow's Propositions are full of United Nation's funding for Climate Change policies that are destructive to Americans, the environment, and government budgets.

One thing is certain: GeoEngineering is making a mess of our skies, ozone layer, and weather.

Don't let GeoEngineering make a mess of Phoenix more than it already has.

Remember our If you don;t know, Vote: NO campaign.