No Auditing the Vote? No Calls for Transparency leaves the So-Called Incoming Biden Administration: LOL 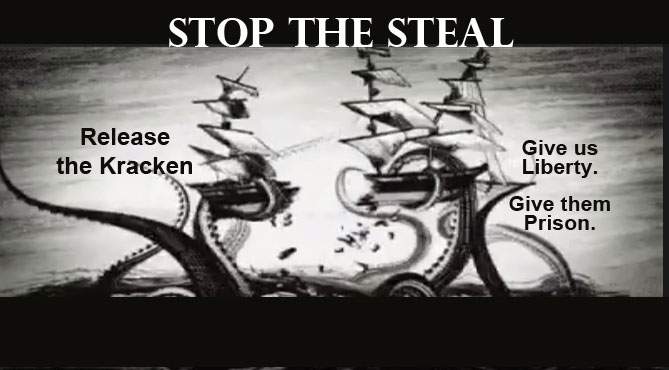 First off, there is no Biden-Harris Administration. Americans and people around the world must realize that the evidence of election and voter fraud does exist. Anyone in the media who states otherwise has not done their due diligence.

If Joe Biden and  Kamala Harris feel that they won the election, then they would be standing with Americans who did not vote for them and request investigations into every state's elections. If their concern was the American people, then an audit of the election would be at the forefront of their agenda. Because an administration tainted with corruption of a fraud-based election win makes their reign illegitimate and comedic.

What world leader would take a Biden-Harris administration seriously?

If Joe Biden wanted to bring Americans together, then he would be standing with us.

Instead Biden makes speeches and goes back into hiding. That is not presidential. A president takes the lead; Biden remains sequestered.

As an editor of my local news blog/paper, I have researched what has been happening with our November 3rd, 2020 election. I not only believe fraud happened, but that this chaos was orchestrated by wealthy individuals, groups of activists, and government employees.

If you dig, you will find the evidence too. (hint, hint Tucker Carlson)

My research is already in the hands of Trump's Voter Fraud Report. Oh, and it's good too, but I will do nothing to compromise a legal case.

I will say that in light of the information about electronic elections I do not believe Senator Martha McSally lost her election bid against Kristen Sinema let alone Mark Kelly.

Until a full audit is done across this nation, Americans will not know who did or did not win their races. Between the destruction of enroute ballots by USPS, the creation of ballots by unknown and known individuals, ballot harvesting, lost/stolen election equipment, and electronic manipulation, Americans will not have confidence in any elected official until a top down audit is complete.

So where is Joe Biden and Kamala Harris again?

Not demanding an audit to root out problems in this election cycle. That makes a Biden-Harris administration illegitimate and they know it. Biden does not want to bring Americans together; he just wants to lay claim to an office he did not win.

An "incoming Biden Administration" has only one response, and that is: LOL.

Joe, you didn't win. Kamala, neither did you.

...nothing can stop what's coming.